"At a surface level, a Fika is just a coffee break with a cinnamon bun. But after a while in Sweden, I realized Fika is not just a buzzword for tourists. The Swedes take it very seriously and have several Fika breaks per day."

“Fika, the one true love of the Swedes” was the first introductory words of a Swedish friend when I arrived in Lund. Is it some sort of abstract concept, a historical monument, or the biggest football club? Turns out it’s just a coffee break… or is it?!

From Marburg in Germany to Lund in Sweden, via Taipeh and Shanghai. That was my journey before this initial Fika conversation. My name is Fiona Westermeier and I came to Lund in 2017. I had signed up for a one-year Master's at Lund University to experience yet a new culture. I had always imagined starting my professional career in the Asian region but one year forward, I felt that Sweden had much more to offer me than I had initially thought. 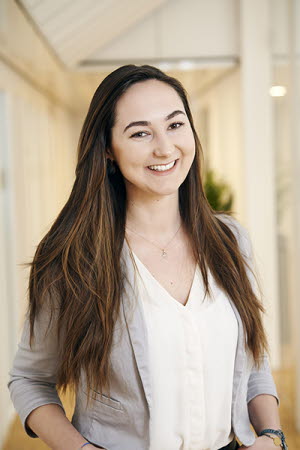 So, I decided to apply for yet another Master in Corporate Entrepreneurship and Innovation Management (studying is a great way to build up a network and apply for jobs while already experiencing life in Sweden). Part of the second master’s was a project work we could do for a company. I found a medium-sized company with a very entrepreneurial history that I was lucky to get the possibility to do a 5-month project for. It is then that I noticed the mandatory regular Fika breaks.

At a surface level, a Fika is just a coffee break with a cinnamon bun. But after a while in Sweden, I realized Fika is not just a buzzword for tourists. The Swedes take it very seriously and have several Fika breaks per day.

I made sure to always attend all the Fika at the company, I socialized and repeatedly mentioned I was intending on living and working in Sweden after graduation. Some may call it the law of attraction; others call it networking. Either way, after my last day of the project work, I received a call with a job offer at this company.

The same principle worked when it was time to leave my student housing and find my apartment. The housing market in Lund is tough, I had already tried several posts on FB and Blocket without any luck. The Swedish Fika once again proved to be my door-opener.

During one of the Fikas at work I told my colleagues I was looking for an apartment, two days later word of mouth spread and a colleague had a friend who had a friend, which dad was a landlord, and this is how I got my apartment in central Lund.

Finding love in Sweden turned out to be the only thing not fixable with Fika, but luckily there are dating apps.

Fast forward 5 years in I learned the following: